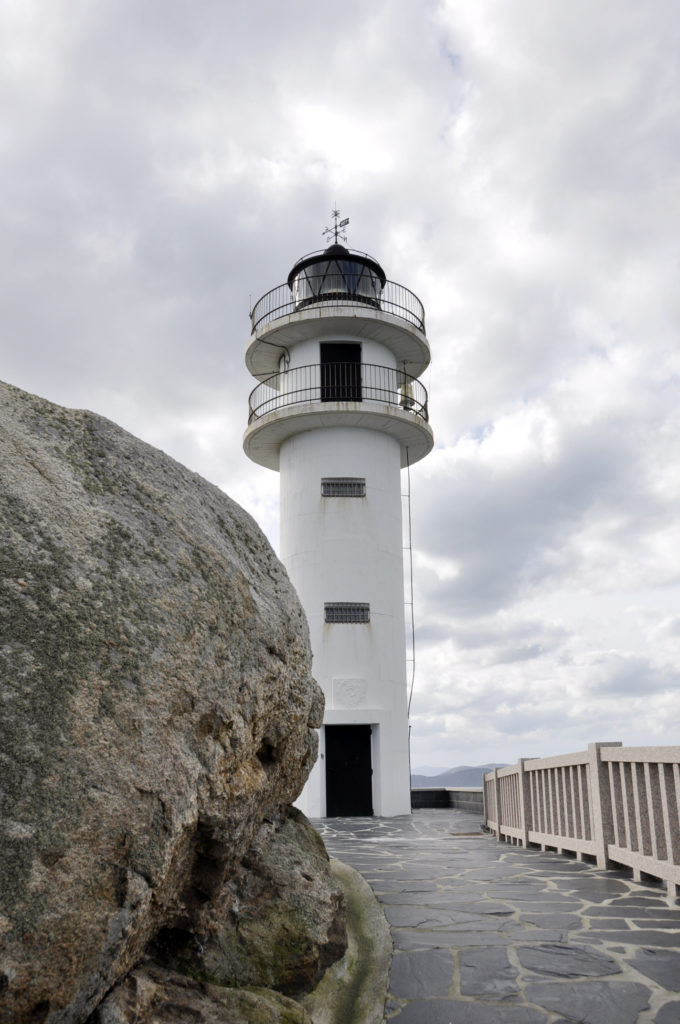 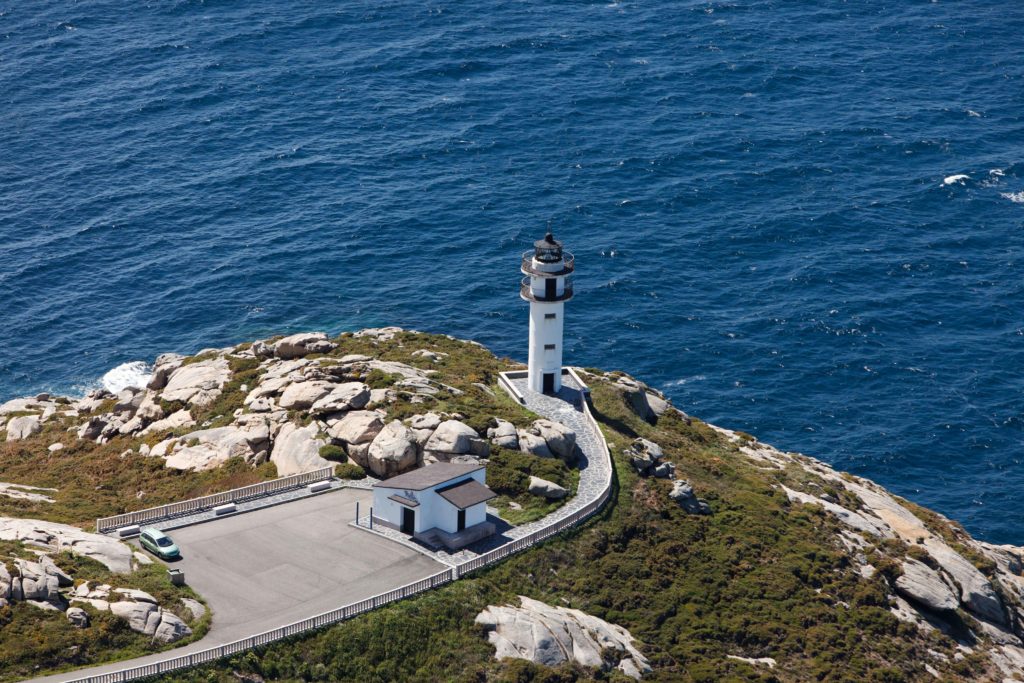 Originally, the Ria of Viveiro was marked by two lights located at the tips of its mouth, namely, Punta del Faro and Punta de Socastro. The first was one of the few that had lighting before the first Lighting Plan of Isabel II. In situations of special difficulty, or on demand, a fire was lit at the top of a tower where the lookout stood, and hence the name, Punta del Faro. These beacons are only visible to ships that arrive almost on a level with them, being hidden by Punta Roncadoira to the east. To improve the recognition of the ria and as a coastal light linking the lighthouses of Punta Atalaya in San Cibrao and Punta Estaca de Bares, the decision was taken to build another sign in this place, whose brief history began on July 24th, 1974, when the Directorate-General of Ports authorized project to be drafted.

Located on the spur closest to the sea at a height of 80 m, this is a standard type cylindrical tower 14 m high and 3 m in diameter, with a 2.25 m diameter flashing light and lighting equipment equipped with a revolving mirror, consisting of 12 reflectors with 220v/250w halogen lamps, and the others with 12v/30w incandescent emergency lamps. Also, the batteries and two generators provide sufficient reserve power to cover any emergency.

It came into operation for the first time on February 25th, 1984 on a provisional basis and, finally, on April 10th, 1986. It is characterized by isolated flashes every 7.5 seconds. When the lighthouse was taken over in 1993 by the Port Authority of Ferrol-San Cibrao, a completely new lighting equipment was installed, with a reserve power system comprising batteries and an inverter for transforming the continuous current from the batteries to alternating current in case of power failure. The lighthouse was also fully monitored to be supervised from the Control Centre in the Port of Ferrol. In 2002, the lighthouse was rehabilitated and in 2009 improvements were made to the access road.