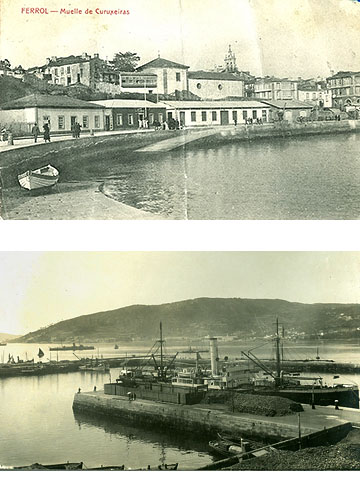 The ria of Ferrol has always offered magnificent natural conditions for the sea life. Different historic references are the evidence of the prosper naval activity developed in the area from the Roman times to the Middle Ages.

During the Austria dynasty, Ferrol became the central point for the temporary support of the Navy, but it was when the Borbons achieved the Spanish crown when the place was consolidated as a permanent naval base.

The construction of the Navy’s arsenal began in 1750. At the same a new city was born at the back of these military facilities, in order to take in the abundant manpower.

Until the 19th century, the Port of Ferrol was of a complete military nature. In 1910 it is created a board for the enlargement of the dock with the dock of Curuxeiras, the new emplacement of the lights and the construction of new installations.

In 1984, the current stage of enlargement starts. Its purpose is the obtaining of better draught, more length to tie up and more extensive store surfaces. In this time the new dock is built, something that provides a modern aspect to the port and it is the base for its development.

The technical data about the localization and the natural conditions of the port are essential information for evaluating the services of berth areas and for designing a navigation programme. The Ferrol – San Cibrao Port Authority offers detailed information about the general characteristics of the ports and provides to customers and visitors an e-mail for any doubt.