The new forecast is to finish 2019 with a traffic of goods of about 11 million tons, compared to the 13.7 reached last year

Ferrol and San Cibrao docks are feeling the difficulties experienced by the electro-intensive industries and, above all, the fall of coal.

The agency’s management will boost the search for alternative traffic and will continue to support future projects such as the LNG hub, while advocating a change in an orderly, fair and non-damaging economic model for the area.

Ferrol, 25ht September, 2019
The Port Authority of Ferrol-San Cibrao has updated its business plan due to the consequences of the increasing acceleration of the energy transition process. The management of the agency today informed this measure to the members of its board of directors. The new forecast is to finish the current year with a traffic of goods of about 11 million tons, compared to 13.7 reached in 2018.

Europe is going through a strong energy transition process that seriously affects the generation of coal-fired power in Spain due to market and regulatory conditions. The electro-intensive industries are also suffering from competitiveness problems. These facts strongly condition the activity in the ports of Ferrol and San Cibrao, which historically have been linked to shipbuilding and, above all, to energy.

Aware of this situation, the Port Authority began a traffic diversification policy years ago that has brought a

of railway access to the external docks of Ferrol whose works are currently underway. And it has supported key projects in the new economic model, mostly, the creation of the large hub of liquefied natural gas (LNG) in the Iberian northwest.

The calendar of the energy transition, however, has accelerated significantly in recent months, which, in an exercise of responsibility, has forced the Port Authority to correct its business plan. In a modest scenario, it is now estimated that 2019 could conclude with a movement of 11 million tons of goods and 2020, with between 10 and 11.

The management of the institution chaired by José Manuel Vilariño has informed the members of the board of directors of this scenario today. In parallel, he has advocated an orderly, fair and non-damaging energy transition for the interests of the port community or those of the area of influence of the Port Authority, as well as for promoting the activity of the electro-intensive industries. 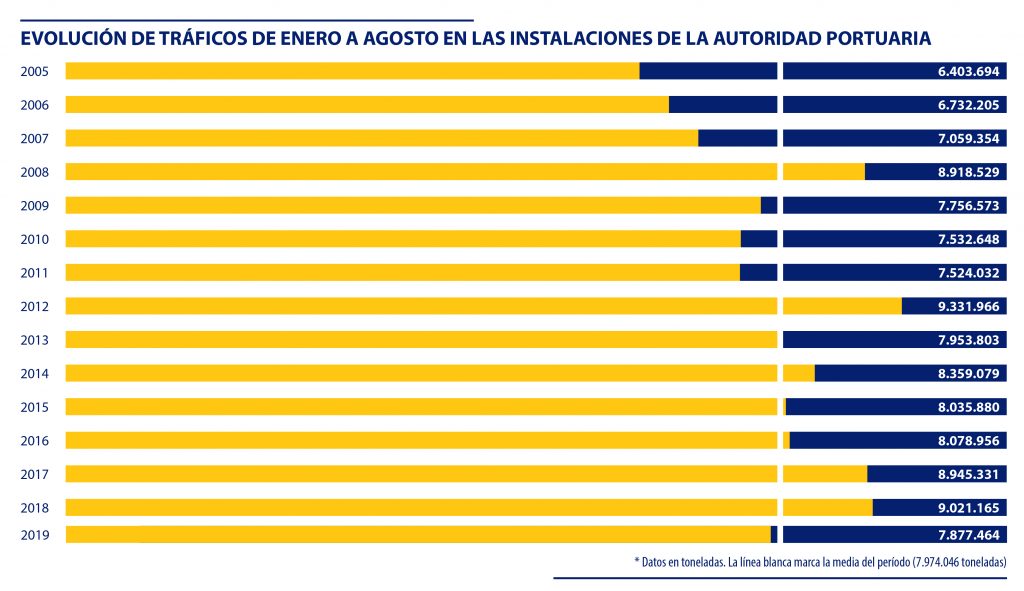