THE PORT OF FERROL WILL HOST AN EXHIBITION OF ANCIENT BICYCLES

From the 10th to the 14th of August, visitors will be able to contemplate over fifty varieties of bicycles manufactured last century between 1920s and 1980s.

The exhibition will end on the 15th with a tour of several streets and roads.

Ferrol, 1st August, 2018
The exhibition hall of the Port Authority of Ferrol-San Cibrao will host this month an exhibition of old bicycles from August 10th to 14th. The exhibition will remain open from 6:00 pm to 9:00 pm and is free of charge. As a highlight, there will be a tour around different streets and roads on the 15th in which the vehicles on display will be used. The exhibition hall is located on the dock of Curuxeiras of the naval city.

Roi López, born in Ferrol, is the co-organizer of the initiative and member of the group Ferrol Bikes. He says that the exhibition will consist of approximately fifty varieties of bicycles manufactured last century – between the 1920s and 1980s. “We will have the typical English rod bicycle, racing bikes, road bikes,etc.” – he said.

Among all the bicycles on display in the port, Lopez wants to draw attention to several unique bicycles made entirely in Galicia (Homen and Honor) in the 30s, 40s and 50s of the 20th century. All the pieces shown at the exhibition belong to several collectors and bike enthusiasts who will lend them for the occasion. 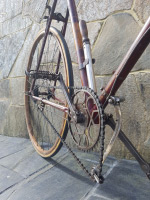 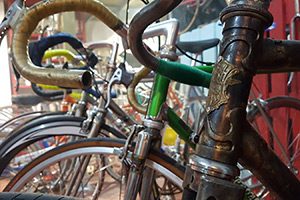 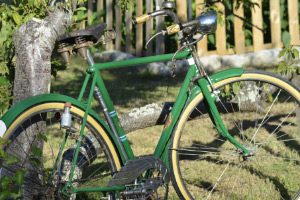