THE PORT OF FERROL INSTALLS A NEW SYSTEM THAT AUTOMATES THE ACCESS CONTROL OF ROAD TRAFFIC TO THE FACILITIES.

This improvement enables immediate access to 95% of the 24,000 vehicles that transit each month through the restricted -passage zones.

The advance also relieves the work of the port police enabling them to carry out more exhaustive inspections when appropriate.

The Port Authority of Ferrol-San Cibrao has just implemented a new control system for the vehicles that use the restricted access areas of the dock of Ferrol on a daily basis. This improvement which represents an investment of 40,000 euros allows the automatic identification of frequent users and any long-term users. The new system enables immediate access to 95% of the traffic on both the inside and outside roads. In addition, it relieves the work of the port police so that they can carry out more exhaustive controls to the remaining 5%, which include vehicles that transport dangerous goods or those that access the facilities at specific times.

In the inner port, the system uses video cameras to read license plates of vehicles that are already registered in the database of the Port Authority of Ferrol-San Cibrao. This is one of the profiles that can benefit from this new access control. On the outside esplanade, the system is similar, but with cards. When approaching the barrier of the access point, if it is the case, the camcorders and card readers identify that it is a registered vehicle and the passage is automatically granted.

“We have created up to nine user profiles, from the employees of the Port Authority to those who work for any of the concession companies or carriers that are responsible for the distribution of goods,” says the head of the Exploitation Department, Javier Calviño. “The new system,” he adds, “frees port police officers to focus on the exhaustive identification of vehicles whose typology requires it or enables them to carry out random controls.”

The facilities with restricted access of the port of Ferrol are used by roughly an average of 24,000 vehicles every month. After a few weeks of testing, the new access control system is now fully operational. 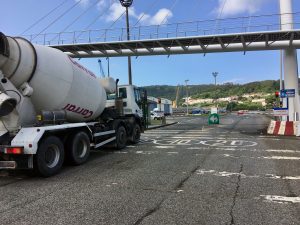 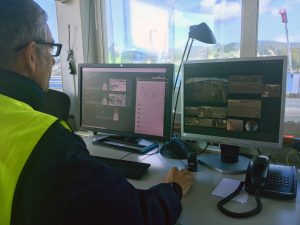 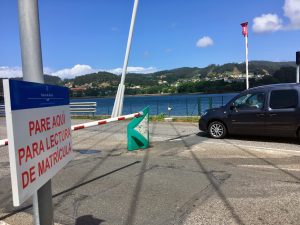